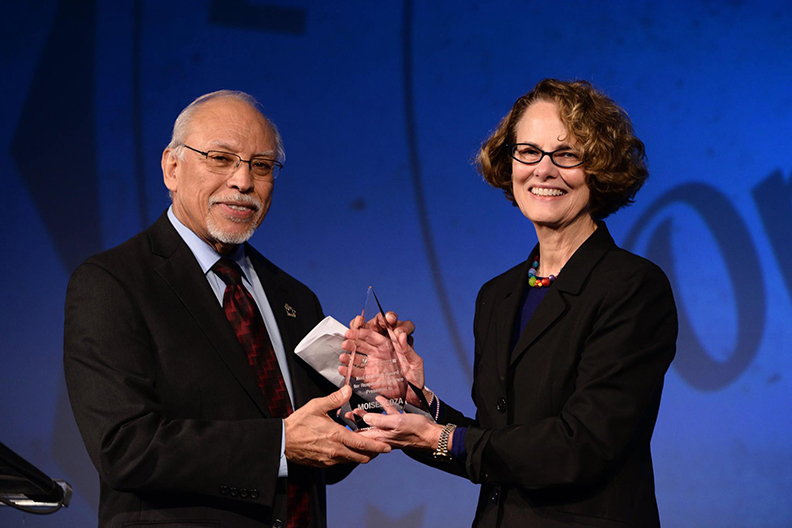 Ned served on the Board of Governors of the Federal Reserve System from 1997 to 2005 and on OFN’s Board of Directors from 2006 until his death from leukemia in 2007. OFN honored Ned with the inaugural Lifetime Achievement Award posthumously in December 2007 at its annual Conference in Miami, Florida.

Throughout his long career in the public and nonprofit sectors, Ned promoted policies and programs that expanded economic opportunities for families and communities outside the financial mainstream. “Sometimes, one's advice must be weighted toward economic practicality, sometimes toward humanity," Ned said during his Board of Governors nomination hearing in September 1997. "A good economist should know how to balance both objectives."

Ned was one of the few people in the early years of the 21st century to warn publicly of the impending financial crisis. Ned urged lawmakers to better protect consumers against predatory lending practices and tighten regulation of mortgage lenders. In July 2007―just a few months before his death―Ned published Subprime Mortgages: America’s Boom and Bust, in which he highlighted the important role community organizations have played in advancing sustainable homeownership for low-income families.

As OFN and the CDFI industry watch the next iteration of predatory lending—online lenders—emerge, it is a sobering reminder of the importance of CDFIs. We invite OFN Members, allies, and partners to look across the industry and recommend individuals who exemplify the opportunity finance industry’s core purpose and values. Help OFN recognize one of your colleagues for his or her contributions to aligning capital with justice by submitting a nomination for the 2016 Ned Gramlich Award for Responsible Finance.