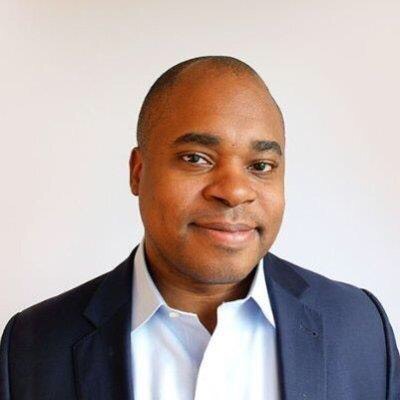 OFN is excited to announce Amir Kirkwood has joined us as Chief Lending and Investment Officer. In this newly created position, Amir is responsible for the strategy, development, implementation, and risk management of OFN’s financial services.

OFN President and CEO Lisa Mensah highlighted in the press release announcing his hire, “This is a pivotal moment for our field, and Amir’s deep knowledge and experience, as well as his sincere appreciation for CDFIs and dedication to moving money into hard to reach communities, will help OFN grow resources for CDFIs. His knowledge of our industry, gained from years of serving as an investor in it, perfectly positions him to make the CDFI case with new investors and to expand our reach into new markets.”

In anticipation of his first day, we wanted to get to know Amir a bit and spoke with him about the new job, CDFIs, and opportunities for the industry.

How did you come to a career in banking and finance?

I've been in the world of community development finance and banking pretty much since graduating from college. I grew up in Chicago at a time in the '80s and early '90s when the city was transitioning, and I developed an early on interest in how to change and grow communities.

Right after college, I worked for an affordable housing real estate developer and began to understand there is a path to bringing capital to communities in a way that will help them change and grow. I became more and more curious about the financing side of affordable housing and community development—how to get capital to places and people.

This led me to my career. I'd say the heart of it has been the last 12 or so years, starting at Citigroup, where I worked in Citi Community Capital, Citi’s community development and investing group.

Since then, what has your experience been with CDFIs?

When I was at Citigroup, we partnered with OFN and the Calvert Impact Capital (then called the Calvert Foundation) to create the Communities at Work Fund, a national commitment to finance the general operating needs of CDFIs. Through that process I met the folks at OFN. I also met Trinita Logue [IFF Founder] and Joe Neri [IFF CEO] at IFF and was invited to join their board. I served on the IFF board for six years.

After Citi, I worked for a consulting firm called Next Street. I provided advisory support for CDFIs and other socially responsible organizations performing strategic analysis. My added value to Next Street was my banking/finance background. I understood the CDFIs’ balance sheets and how they tied to the CDFIs’ strategies, or, in many cases, didn't tie to strategies.

It’s a vastly different perspective to look at a CDFI from its operational side than from the side of the funder analyzing the credit. When I went back to banking at Amalgamated Bank after Next Street, I had a whole different perspective on underwriting CDFIs because I'd spent so much time understanding their operations, management, and where they were weak or strong. It probably made me a better banker as a result.

Most recently, at Amalgamated Bank I covered community development finance and growth markets and was responsible for originations supporting the bank’s CRA goals. While with the bank, among many other CDFI related investments, I led Amalgamated into the New York City Acquisition Fund, a public-private partnerships with CDFIs to finance affordable housing acquisitions.

When did you recognize the power of CDFIs in community development?

My “aha moment” was when I worked with the staff at OFN, particularly Beth Lipson [OFN’s Treasure and EVP, Strategic Initiatives], and the folks at Calvert, to create the $200 million Communities at Work Fund. The fund was in some ways a response to the financial crisis and a way for Citibank and partners to bring more liquidity to CDFIs under the belief and knowledge that CDFIs are some of the best ways for banks to lend to community development initiatives around the country.

Generally speaking, where do you think the growth opportunities are for the industry?

There are some really unique opportunities for CDFIs because they serve national agendas through highly local strategies.

First, there is a credible opportunity for CDFIs to become conduits for more municipal oriented financing. Cities and states have vehicles to finance community development—in housing, healthcare, small business—and CDFIs are perfectly positioned for this type of capital. There's a huge opportunity here, if introduced correctly.

Secondly, there’s the world of family foundations, high net worth individuals, and asset managers who have the desire to do more community based lending and impact based investing but don't know how to identify the appropriate mechanisms. What makes CDFIs stand out is we can direct investors to very specific opportunities that otherwise would be too hard for a family foundation to source, often because the fund managers are not plugged into where community development really occurs.

Finally, the third major opportunity I see is in resetting our relationships with foundations themselves. Obviously, foundations have been really important means of capital for affordable housing. However, there are many more areas of the economy, from health care to asset building, that impact low-income communities and people. This is where CDFIs can lead. We can offer opportunities for foundations to consider doing more and different kinds of financing.

Why do you think CDFIs haven’t made inroads in these areas yet?

CDFIs are well known within a world of community development financial professionals, philanthropies, and community development banking. But broadly speaking, our story isn’t known to some of the areas and investors I just mentioned. They're often not familiar with what CDFIs really do, which creates a need to further clarify what CDFIs are and what capacity we bring. For anyone asking “How do you have impact?" Well, here's an industry that on a day-to-day basis for 30 odd years has been having impact.

I think another piece of it is less about image and more about financial models. The financial model for CDFIs is heavily reliant on low-cost debt, which creates barriers to opening up different sources of capital to the industry.

One objective OFN could consider is how CDFIs can become more attractive to market rate financing and still have the impact we seek. This is a critical challenge I’m going to confront in convincing some of the alternative sources of capital to find their way to CDFIs. It's a two-way street, because it's not just enough to convince the capital. It's also about the models that CDFIs are employing to do financing activity on the ground. We need to find a happy medium between the two that opens the door to more capital.

What excites you most about this job and joining OFN?

I’m excited about introducing new forms of capital to an industry that has proven itself to be force in fighting poverty and helping underserved communities join the economic mainstream. We’re at a critical juncture in the industry and must look to the future and helping CDFIs build on CRA-motivated bank financing and government funding with new sources of capital.

This is a new position, conceived of by a new leadership in a new D.C. home base. Lisa [Mensah] has set a clear priority that OFN can be an even more significant source of funding for CDFIs than it has been in the past. She brings a very distinct perspective on how to both source and deploy capital, not only in our usual markets but in very hard to reach rural and Native communities, where traditional sources of capital and funding just don't have enough penetration.

On a personal level, I’m also excited by the chance to apply the skills I've developed in finance and banking to growing an industry that I care very passionately about.