Appropriations Committees Stand Strong in Support of the CDFI Fund

June has been a busy month on Capitol Hill as both the House and Senate Appropriations Committees approved their respective FY 2019 funding levels for the CDFI Fund.

Today, the Senate Appropriations Committee approved $250 million for the CDFI Fund for FY 2019, maintaining the CDFI Fund’s budget at FY 2018 levels. This robust funding level is a result of outstanding advocacy by the CDFI industry, supporters, and allies. Over the past several months, OFN has worked closely with OFN members in key states of Appropriators, the CDFI Coalition, and CDFIs in Oklahoma to demonstrate the value and importance of CDFI Fund programs to new Senate Financial Services and General Government Subcommittee Chairman Lankford (R-OK) and his staff.

Just last week, OFN President & CEO Lisa Mensah led a delegation of CDFI CEOs to visit with Senator Lankford in his Washington, DC office. Ellis Carr of Capital Impact Partners, Dan Nissenbaum of the Low Income Investment Fund and Jeannine Jacokes of the Community Development Bankers Association joined OFN in briefing the Senator on the value of CDFI Fund programs to low-wealth communities across the nation.

Ranking Appropriations Subcommittee Member, Chris Coons (D-DE) was also instrumental in securing $250 million for the CDFI Fund in the FY 2019 bill. OFN is grateful for the bipartisan support for CDFIs demonstrated by the Senate Committee.

Support for the CDFI Fund was almost as strong in the House of Representatives. The House Appropriations Financial Services and General Government Subcommittee initially approved $191 million for the CDFI Fund in FY 2019, a reduction of $59 million from the FY 2018 funding level. Thanks to a last minute advocacy push by OFN and its partners, Representative Steven Palazzo (R-MS) was convinced to offered an amendment to restore $25 million to the CDFI Fund’s budget. Representative Hal Rogers (R-KY) spoke in favor of the Palazzo amendment, and it was supported by FSGG Chairman Tom Graves (R-GA) and ultimately adopted by the full Committee resulting in a total funding level of $216 million for FY 2019.

This places the CDFI Fund in a strong position as Congress moves forward with FY 2019 funding negotiations. OFN will continue to advocate for full funding for the CDFI Fund and encourage the House to accept the Senate Appropriations Committee funding level of $250 million.

Alongside the work on FY 2019 appropriations, Congress has also been considering the “Spending Cuts to Expired and Unnecessary Programs Act” (H.R. 3), the Trump Administration’s $14.7 billion Rescission Package that would rescind $23 million in FY 2017 funding previously appropriated for the U.S. Department of the Treasury’s Bank Enterprise Award (BEA) Program and $141 million in 2018 funding for Capital Magnet Fund (CMF).

Earlier this month, the House passed H.R.3, but the bill did not advance in the Senate after failing a crucial procedural vote by a 48-50 margin on June 20th, with Senators Susan Collins (R-ME) and Richard Burr (R-NC) joining with Democrats to oppose the measure.

OFN members sent more than 100 letters to Members of Congress opposing the rescissions bill. Thank you! OFN also sent a letter expressing our position to the Chairs and Ranking Members of the Appropriations Committees and FSGG Subcommittees, as well as joining three sign-on letters organized by the CDFI Coalition, National Housing Conference, and CMF proponents and grantees. 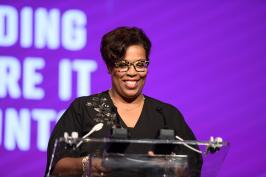