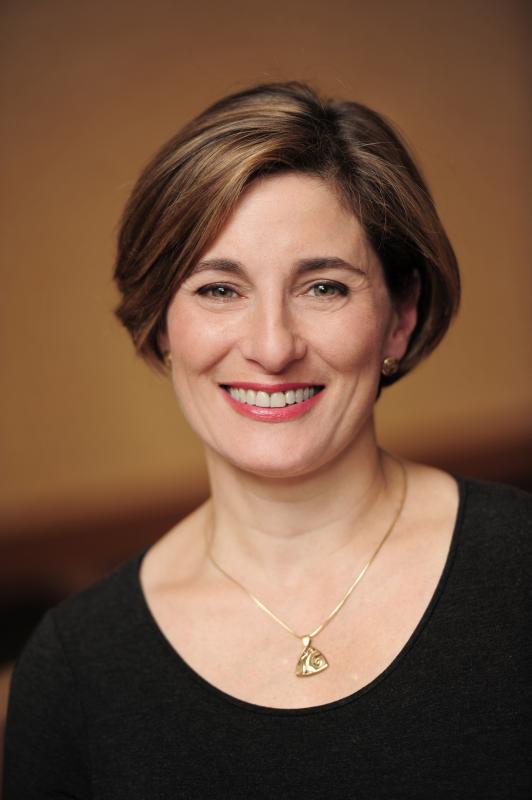 In March, the John D. and Catherine T. MacArthur Foundation launched the Catalytic Capital  Consortium with partners The Rockefeller Foundation and Omidyar Network.

Conceived of and led by MacArthur, the Consortium is an investment, learning, and market development initiative promoting greater, more effective use of catalytic capital in realizing the full potential of impact investing.

MacArthur has dedicated $150 million to the Consortium to provide matching investments to intermediaries demonstrating powerful uses of catalytic capital, with potential for significantly addressing the UN Sustainable Development Goals (SDGs). Additionally, MacArthur, The Rockefeller Foundation, and Omidyar Network will dedicate $10 million over three years to grants that fuel learning and market development.

OFN spoke with Debra Schwartz, Managing Director of Impact Investments at MacArthur, about catalytic capital and the Consortium: what it means, where it works, to whom it’s geared, and where CDFIs fit in.

What is “catalytic capital?” How is it distinguished from flexible, long-term capital? Or is it the same?

MacArthur recently supported research by Tideline, an impact investing consulting and research firm, that takes a deep look at what catalytic capital is and how it’s best used. The report defines catalytic capital as “debt, equity, guarantees, and other investments that accept disproportionate risk and/or concessionary returns relative to a conventional investment in order to generate positive impact and enable third-party investment that otherwise would not be possible.” [See pages 2 and 5 of Catalytic capital: Unlocking more investment and impact.]

It’s important to note that our use of the term is also the start of a conversation. This definition isn’t a be-all-and-end-all. Part of the Consortium’s aim is to advance knowledge and understanding about the concept. We will continue to explore different facets of the definition as we learn how it resonates with everyone.

Where does the term come from?

We’ve done a little bit of research, although not an exhaustive inquiry by far. We know that Jed Emerson, Cathy Clark, and Ben Thornley delve into catalytic capital in their 2015 book The Impact Investor: Lessons in Leadership and Strategy for Collaborative Capitalism. We also know it was used in a prominent report issued by GIIN [Global Impact Investing Network] about first loss capital. That was in 2013.

What is an example of catalytic capital at work?

I’ll offer a CDFI example, and there are many others. In 2007, Community Investment Corporation in Chicago launched an innovative program in collaboration with Elevate Energy. It’s called Energy Savers and provides energy audits at no-cost to the owner and a revolving loan fund to finance retrofits for owners of aging multi-family housing developments. Upgrades to older buildings can help these owners reduce utility costs, thereby allowing them to maintain affordability and reduce carbon footprints.

Early on, MacArthur provided a $1 million program related investment loan with limited recourse, followed by another $5 million later on. These funds, in turn, helped pave the way for other investors. Since its launch, Energy Savers has provided $25 million in loans and grants for energy upgrades to more than 42,000 apartments, saving owners 25-30 percent on their utility bills. In turn, this stabilizes incomes for small-shop property owners, keeps rents affordable, and ensures a steady repayment stream for investors.

The reason this example is so emblematic of the promise of catalytic capital is that we had this idea that there is a way to finance the retrofit of small- to medium-sized older buildings from energy savings. Banks were being reasonable in why they couldn’t finance the effort, even if they wanted to. Often the properties have multiple mortgages on them, and there wasn’t any real data out there to show retrofit financing could come from energy savings.

So, while everyone agreed it was a potential—and probable—win/win, someone had to take the risk. Someone needed to test the theory, and MacArthur started with a million-dollar investment, taking the risk ourselves. We’ve also been willing to accept low returns which has proven quite important to the program’s success.

You’ve said that the most “compelling impact investments are often made, not found.” Can you tell us more?

This grows out of MacArthur’s experience making impact investments for 35 years.

Starting in the early 2000s, we became increasingly involved in blended or structured finance transactions. A particularly notable case was the NYC Housing Acquisition Fund. It was created to finance the preservation and development of affordable rental housing after city-owned land was no longer available, leaving nonprofit housing developers to compete in a really tough marketplace.

These are projects where there is no easy, quick financing solution. We made the financing patient and risk-tolerant by using a blend of investment from a mix of parties that included two city agencies, seven foundations, and a syndicate of 14 commercial lenders.

This speaks to the CDFI experience and role in catalytic capital investments. If the investment opportunities in affordable housing were obvious and offered great returns, there wouldn’t be a need for creative approaches. It takes flexibility and determination to create an approach that works for the impact and also, on the other side, for the investors. So catalytic capital, often with CDFIs in the mix, is about problem-solving and gap-filling.

Energy Savers is a prime example, and so is the NYC Acquisition Fund, which continues to partner with multiple CDFIs.

Who is an ideal catalytic capital investor?

The investor must have a strong impact-first orientation and want to tackle a tough financing gap. For whatever reason—maybe the returns are modest, or the location is challenging—the traditional capital markets aren’t meeting the targeted need. Catalytic capital investors are dedicated to finding a way through. They are risk-tolerant, flexible, and willing to handcraft a solution.

One of our objectives in the Consortium is to broaden who provides catalytic capital. Certainly, foundations have played a role and can continue to provide catalytic capital. Investors can also be family offices. Omidyar Network, an investment firm started by eBay founder Pierre Omidyar and his wife Pam, and Blue Haven Initiative and Candide Group, both family offices, have made substantial impact investments and done significant “catalytic” work. It can also be a corporation—Prudential, for example, allocates 20 percent of its billion-dollar impact investing portfolio to catalytic and philanthropic investments. We want more people and organizations to get involved too.

What role can and do CDFIs play in putting catalytic capital to work? And where do CDFIs fit into the Consortium framework?

MacArthur is proud to have supported the CDFI field from the very beginning. Along with the Ford Foundation, we were a major investor in the sector since its earliest years. We see the CDFI field as an incredible opportunity to bring catalytic capital approaches to light. CDFIs are constantly making decisions about how to crowd money into deals, as well as what kind of deals to make and returns to take.

To implement our agenda for the Consortium, MacArthur also invited proposals for investment considerations from about 100 organizations, some of which are CDFIs. And later this year, we’ll be issuing guidelines for learning grants that will help us better understand where and how catalytic capital is or can be best used.

How did the partnership among MacArthur, The Rockefeller Foundation, and Omidyar Network come to be?

The partnership began very organically, and it reflects the intrinsic alignment of the partners’ work.

At MacArthur, we do impact investing for two purposes: to support our programs and to strengthen and deepen the impact investing field as a whole. In pursuit of the second purpose, we want to spur more catalytic capital investments. Impact investing has a lot of promise and excitement, but the heavy emphasis on market rate returns risked leaving out a critical part of the investment spectrum. In many cases, there are going to be tradeoffs, especially when dealing with early stage innovation or taking on problems that the market hasn’t addressed. When there are big financing gaps, you need to put a range of tools to work.

So, we started talking with colleagues at other foundations about catalytic capital. The Rockefeller Foundation has its Zero Gap initiative, which supports efforts to close the estimated annual $5-7 trillion funding gap needed to reach the SDGs. Catalytic capital will be instrumental in closing that gap. And Omidyar is an important thought leader that has drawn on its own considerable investing experience to document and share the need for a range of capital and investment solutions.

These are organizations that have thought hard and deep about the issues, and there’s a natural convergence among us.

How broadly can catalytic capital reach?

First, let me say that the work of the Catalytic Capital Consortium is informed by MacArthur’s decades of work with CDFIs and in affordable housing. But the need for this type of impact investing also extends around the world; it transcends any one sector or geography.

We want to show how the challenging finance problems that CDFIs tackle in the U.S. have something in common with financing a school for poor children in South Africa, for example. We want to use our knowledge, experience, and this Consortium to build a knowledge base. We have 30-50 years of practice, yet we don’t, on a large scale, have an overarching framework or enough tools to make it easy for new investors to come in. And if we don’t get a bigger flow of catalytic capital, we won’t see impact investing fulfill its true potential. There will be impact left on the sidelines.

Sign up to receive updates from the Catalytic Capital Consortium.