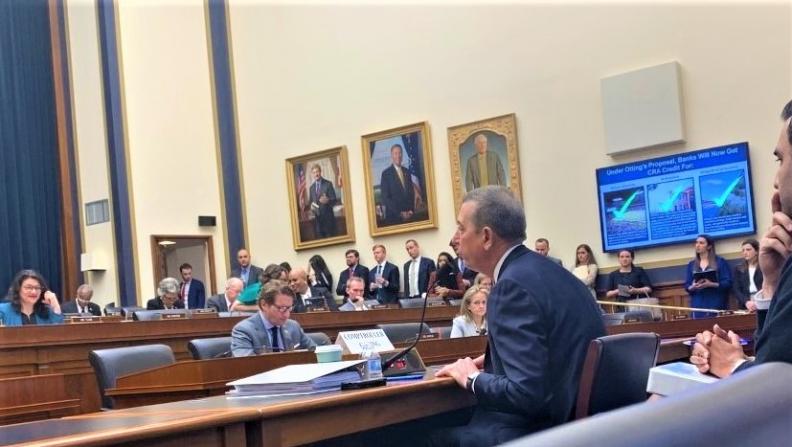 Comptroller Otting was the sole witness at the hearing, facing questions from lawmakers for more than three hours. The questioning of the Comptroller centered on a few themes: the timing of the proposal, with multiple lawmakers requesting an extension of the 60-day comment period to 120 days; the Federal Reserve’s abstention from joining the OCC-FDIC proposal; and the need to move forward with the first reform of CRA regulations in more than 25 years. The Comptroller was steadfast in his refusal to consider an extension of the comment period.

This hearing focused on the witnesses' analysis of the CRA reform proposal and the impact it may have on their respective constituencies. Four of the five witnesses indicated their opposition to the OCC-FDIC proposed rule, citing the lack of data to analyze the impact of the proposed changes, and that the proposal would result in fewer investments in low- and moderate-income communities.

While Congress does not have a direct role to play in the regulatory modernization effort, the House Financial Services Committee held the hearings as part of their oversight of bank regulators. The Senate Banking Committee has not indicated if they will also hold hearings on the CRA reform proposal.

Weigh in on the Future of the Community Reinvestment Act