Giving Every OFN Member a Voice 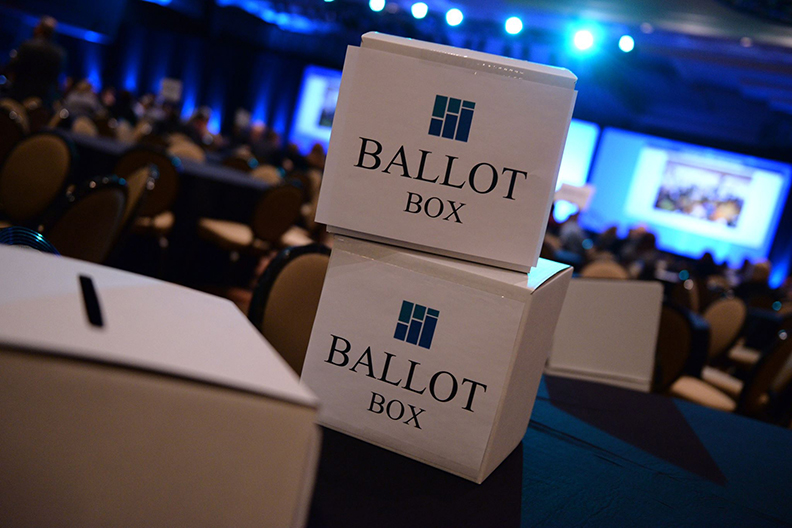 As the DNC and RNC pick their candidates, OFN is just getting started with our own Elections Cycle. The nominating period for OFN's 2016 Board Elections opens August 2. This is an exciting year for OFN Members and Board, with a major change in the elections process that will expand voting to more Members!

This is an important step for OFN on our equity journey.

In 2013, the OFN Board and the Governance and Nominating Committee made a conscious effort to seek candidates for the slate from consistently under-represented Members CDFI-types. OFN realized that Board elections had become largely an “old boys club”—namely, larger CDFIs mostly led by white CEOs. Small and emerging CDFIs, rural CDFIs, and CDFIs led by persons of color were significantly less likely to participate in all aspects of the elections process, from nominating candidates, and running for election, to voting at the Annual Membership Meeting. OFN hypothesized that this caused a lack of diversity among the candidates, and, ultimately, the elected Board as well.

In response, OFN revamped the elections process to focus on outreach and education with the explicit goals of raising Member awareness and participation in all phases of the elections cycle. This also led to OFN re-branding the Annual Membership Meeting as OFN Connect, a must-attend event featuring important industry news, announcements, and discussions.

Since then, OFN has seen an overall increase in Member engagement in the election process and an increase in diversity of Board candidates and elected Directors. But, in 2015, OFN disaggregated the voter turnout data by asset size, rural, and CDFIs led by persons of color, and realized small asset-sized Members were significantly underrepresented in the voter pool.

OFN defines equity as "the result of actions so that advantage and disadvantage are not distributed on the basis of race and ethnicity," or any other factor consistently marginalized by dominant groups, and recognizes that equity “requires a set of informed policies and practices that are intentionally designed to rectify disparities.”* After OFN staff and Board identified these disparities in voter turnout, the Board made the important and historic decision to allow OFN Members to vote by proxy at OFN Connect, thus enfranchising those Members who are unable to attend OFN's 2016 Conference in Atlanta. Our hope is that this new process will result in a voter turnout pool that is reflective of the Membership and that does not exclude any one type or size of CDFI.

Check out OFN's Elections Central website to learn about the official proxy voting process for 2016, and the Elections Process as a whole—and don’t forget, nominations open August 2!

Please email me with any questions: etunney@ofn.org.

The Slate is Set, The Candidates Are....