How We Broke Through 10 Million 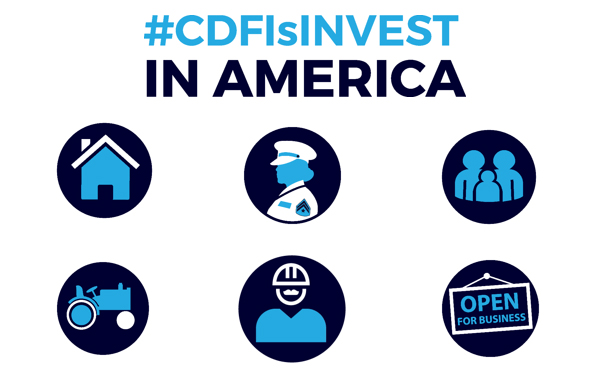 Breaking Down the Figures and Facts

What does more than 11 million impressions mean, exactly? Over the course of the social media campaign, tweets using #CDFIsInvest delivered 11,296,919 times to accounts across Twitter. Counted in this number were original tweets, retweets, or likes. Impressions are generated by those who participate actively in the campaign and delivered to their followers. This metric gives us an idea of the potential reach of a social media conversation.

Who did we reach? Scroll through and you’ll see that the conversation started with OFN member CDFIs and traveled well beyond the membership. More than 1,000 unique— accounts from organizations to individuals, including several policymakers—actively engaged in the campaign. Participants used OFN’s state-by-state and district-by-district infographics about CDFI impact, and they created their own visuals. Participants told CDFI borrower stories, linked to news of CDFI investments, and generally shared examples of CDFI success.

How did this national conversation come about? #CDFIsInvest was a cornerstone of OFN’s national advocacy and communications outreach this year. OFN developed the hashtag and launched an engagement campaign to generate participation and ultimately drive awareness for CDFIs with policymakers and other key audiences.

The Main Elements of our Communication Strategy

What was our strategy?

Go big! Use social media to engage the broadest possible base of supporters—not just OFN members, but all CDFIs, their borrowers, and other supporters—to inform members of Congress about the impact of CDFIs—as we make our 2018 public policy ask.

Keep it together. Develop a unifying hashtag and encourage all social media campaign supporters to use it.

Speak their language. Ensure the main hashtag and the tone/style of any messaging and graphics communicates clearly and appeals to the target audience.

Be graphic! Use attention-getting, easy to read, and highly shareable graphics that tell the story in one glance.

Keep it up. Conduct a year-long effort, and refresh the specific creative elements of graphics and messaging ongoing and along the way, rather than focus on just a few key dates.

Blaze the trail, and share the tools. Lead the way with OFN tweets featuring national statistics and big picture messages; at the same time provide easy access to a social media toolkit of assets that all social media campaign supporters can use.

Deliver the numbers. Don’t limit the supporting data to just OFN members—tap into compelling TLR impact data for all CDFI Fund FA awards over 10 years—to provide powerful proof points of the impact of our work.

Celebrating the Power of our Collective Voice

In 2017, our network demonstrated what we can accomplish when we unify our voice. As we celebrate the milestone of our 10 million impressions we thank you for being a part of it. We could not have done it without you!

CDFI marketers may want to know what OFN’s strategic communications team learned from the effort. There are several insights we drew from the #CDFIsInvest experience that you can use in your own social media efforts:

Our work is not done. CDFIs must continue to individually and collectively raise visibility for our field. OFN is committed to being a voice for CDFIs and we will have more exciting national outreach efforts that you can join in the coming year. #Staytuned

Show How Your CDFI Lends Where It Counts