Editor's Note: In a three-part series for CDFI Connect, guest blogger Rachel Reilly Carroll is sharing her perspective* on impact investing from her vantage point as Associate Director for Impact Investing at Enterprise, an OFN Member CDFI. This is the final post in the series. Read the first two: Demystifying Impact Investing and Seeing its Potential and Scanning the Field: Emerging Efforts to Capture Impact Capital.

As the buzz around impact investing grew over the past decade, multiple initiatives and collaboratives emerged to examine how government could play a role in unlocking private capital for social good. Groups like the U.S. National Advisory Board on Impact Investing (NAB), the Accelerating Impact Investing Initiative (AI3), and US SIF have engaged in policy research and advocacy efforts to encourage federal action in support of impact investing.

The Obama administration championed impact investing as a tool to enhance the efficacy of government. Signature initiatives included the creation the Office of Social Innovation and Civic Participation, the facilitation of a private sector commitment to invest $4 billion in clean energy, and a $100 million investment to advance Pay for Success.

In late 2015, the Obama administration took two major steps in providing guidance on impact investments vis-à-vis fiduciary responsibility. The U.S. Treasury Department and IRS finalized regulations to make it easier for private foundations to make impact investments. Since then, multiple private foundations—the most recent of which was the Ford Foundation—have made long-term commitments to program and mission-related investments that could increase the amount of private capital available to CDFIs. The Department of Labor provided guidance that stated fiduciaries of Employee Retirement Income Security Act (ERISA) retirement plans can pursue economically targeted investments (ETIs). More than 100 pension fund ETIs exist today, but the DOL guidance could exponentially increase private investment in the issues CDFIs care about. As a point of reference, similar changes to ERISA helped lead to the rapid expansion of the venture capital market in the late 1970s.

Currently, there is legislative movement at the federal and state levels to provide preferential tax treatment on private investments in underserved and distressed communities.

The Investing in Opportunity Act (IIOA) was introduced in the 114th Congress, reintroduced this February, and has gained broad bipartisan support in both the House and Senate. IIOA would provide tax incentives, including the deferral of capital gains, for investments in distressed communities. While the IIOA does not specify CDFIs as vehicles for these investments, CDFIs will be well positioned if the legislation is enacted.

AI3 has been researching and advocating for similar tax incentives exclusively for impact investments through CDFIs. In October 2016, AI3 released an issue brief that outlines the impact and operations of two state-level tax credit programs, which in part prompted the introduction of a tax credit for Washington, D.C. taxpayers partnering with CDFIs to invest in affordable housing. AI3 has also been engaging CDFIs and industry thought leaders to discuss the merits of a federal tax incentive. In the coming weeks, AI3 will release a white paper outlining two tax incentive proposals for impact investments made through CDFIs; specifically, a federal tax credit and a tax-exemption on interest income earned on investments.

CDFIs have long been in search of new sources of private capital, but the momentum around conscious capitalism twinned with an uncertain political environment could accelerate CDFIs’ need to engage impact investors. On a final note, it is critical that CDFIs continue sending the message to our government and philanthropic partners that impact investing is not a silver bullet; it certainly cannot replace subsidy. The promise of impact investing is in unlocking new sources of flexible financing, and CDFIs’ value proposition to investors is in providing opportunities for them to easily invest in the communities and causes they care about.

*The views and opinions expressed in this article are those of the author and do not necessarily reflect the official policy or position of OFN. 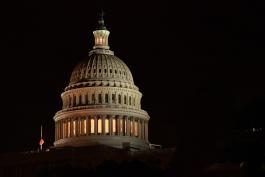 Past, Present, and Future of CDFIs: Q&A with OFN's Dafina Williams