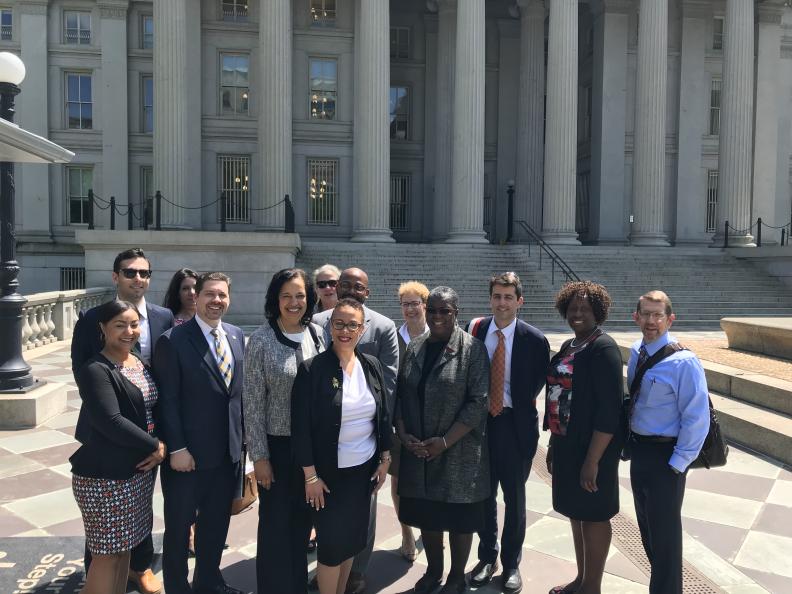 On May 8, OFN’s Board of Directors met with senior officials from the Department of Treasury and staff from the Senate FSGG Appropriations subcommittee.

OFN is incredibly disappointed to see a funding cut of nearly 25 percent from the CDFI Fund’s budget, especially after the Fund received $250 million with strong bipartisan support in the FY2018 omnibus appropriations bill. Further, demand for funding from the CDFI Fund continues to grow each year, with this year’s applicant pool representing one of the most geographically diverse groups of applicants. The bill now moves to the full House Appropriations Committee where a vote is expected in early June.

The Senate FSGG subcommittee is still working on its version of the FSGG appropriations bill and will consider it the week of June 19-22. There is still time for you to contact your Senators and urge them to support funding the CDFI Fund in FY 2019 at $275 million!

We invite you to join us in advocating for CDFIs. Since the Senate FSGG Subcommittee has not released its draft FY 2019 appropriations bill, it is imperative that as many Senators hear from you of the importance of the CDFI Fund. Now is the time for you to contact your Senators and urge them to support funding the CDFI Fund in FY 2019 at $275 million!