Traveling Through the Rio Grande Valley for the NEXT Awards 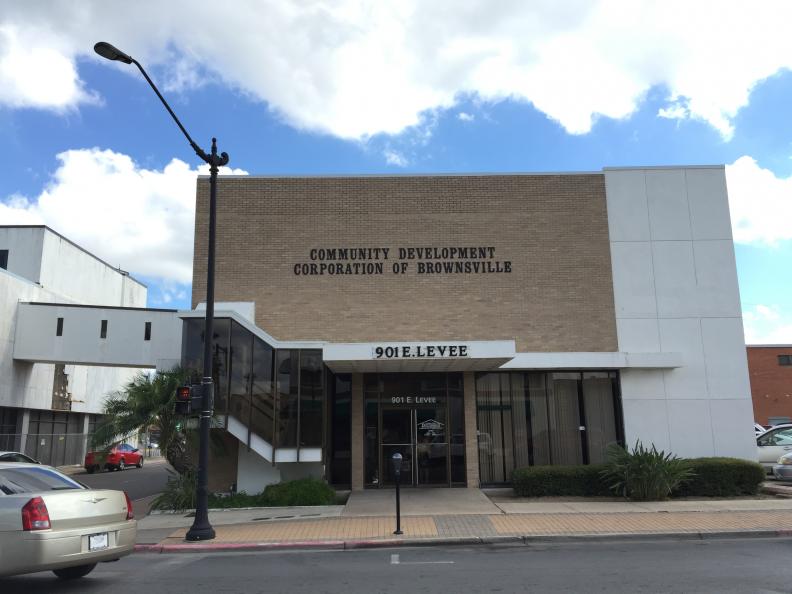 Brownsville,TX, is “the poorest city in the poorest county in one of the poorest states in the U.S.,” says Nick Mitchell-Bennett, Executive Director of Rio Grande Valley Multibank (RGVMB).

One of the 2016 Awardees of the Wells Fargo NEXT Awards for Opportunity Finance, RGVMB serves four counties in the southern-most tip of Texas, right along the U.S./Mexico border. The CDFI won a $1.6 million Award to expand its Community Loan Center (CLC) program. The CLC was developed as a direct response to the payday lending market that is so pervasive in Brownsville—there are no fewer than 23 payday lenders within three blocks of RGVMB’s headquarters. Recently, OFN went on the road to learn more about RGVMB’s winning NEXT strategy and film a video for the October 25 NEXT Awards ceremony at the OFN Annual Conference in Atlanta.

During the trip, we toured downtown Brownsville and saw block after block of storefront payday and car title loan lenders. Conversations with RGVMB staff and partners, the City Manager of Brownsville, and local business owners and employees offered insight into why this predatory industry thrives in the Rio Grande Valley and how CLC can play a major role in promoting consumer financial health across the area. A big shout-out to the RGVMB staff who were wonderful guides to the area and authorities on the best taco joints and local landmarks.

Regulations in the state of Texas make it easy for payday lenders to take advantage of low-income individuals who are short on cash. The payday and car title industry in the state of Texas is a $5.5 billion industry. With looser regulations, Texas borrowers get larger loans and pay higher fees than consumers as a whole nationwide.

RGVMB and other community leaders spent 18 months discussing alternatives to predatory lenders. CLC was born from this effort. The program offers employer-based, small-dollar loans using a franchise model, which has the ability to scale geographically and become a viable competitor to payday loans. RGVMB is the leader in envisioning, piloting, and creating the innovative product and proprietary lending platform.

There’s a great demand in the region—and across the country—for responsible programs like CLC, which also offers optional consumer financial counseling and education. It’s a part of the U.S. stuck in chronic poverty. “We go up and down,” said Mitchell-Bennett, when talking to our film crews. “We have now 11 percent unemployment rate. There were times when we have had 20 percent. Our organization was founded back in 1974 to eliminate the 1800 pit privies in the city. Just five years ago we had communities in our county that did not have water and sewer, but there were 6,000 people living in our community. We are getting better but it is very slow growth, and a very slow improvement in the Rio Grande Valley.”

With the NEXT Award, RGVMB plans to make more than 13,000 additional loans over the next 10 years producing more than $10 million in total borrower savings. Learn more about what’s NEXT about RGVMB and its CLC partner Texas Community Capital, which won a 2016 NEXT Seed Capital Award, at the NEXT Awards. Join us to celebrate all of this year’s NEXT Awardees and to look back at 10 years of NEXT innovation and impact.