A #CDFIstory of Securing Growth for a Vital Community Resource 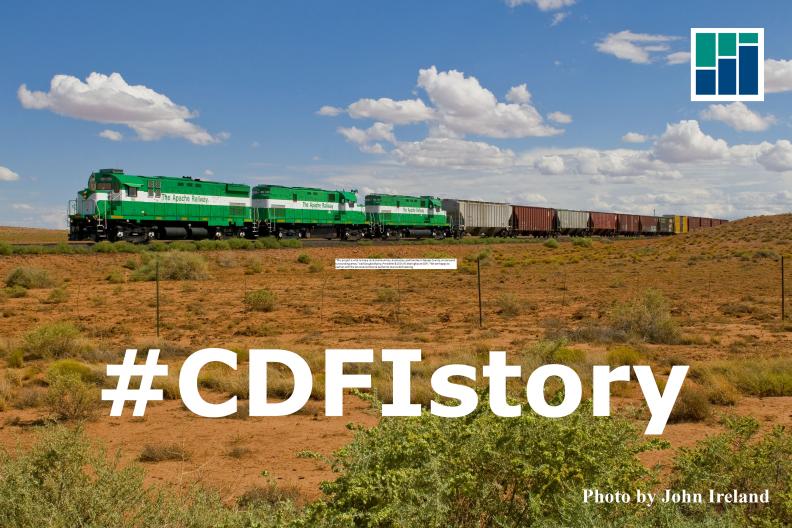 The historic Apache Railway, which has operated since 1917 and serves as a critical piece of infrastructure in rural Arizona, was on the brink of closure. Despite a multi-year effort to save the railway, which was went into bankruptcy after the Catalyst Paper Mill shut down in 2012, it was not until the 11th hour that a collaborative state and local effort secured the needed financing to save and grow this vital community resource, which is now poised for growth.

Clearinghouse CDFI, in partnership with the Arizona Commerce Authority, provided $2.5 million in financing to help make the project possible.

“This project is vital to many rural communities, businesses, and families in Navajo County, Arizona and surrounding areas,” said Douglas Bystry, President & CEO of Clearinghouse CDFI.

“The case of the Apache Railway demonstrates how public and private interests should work together. In saving the Apache, both gave full measure so that our community might live well and prosper. A fully-functioning Apache Railway will attract new businesses, and gives Navajo County the necessary underpinnings for job growth and the resulting economic benefit for the entire community, now and into the future.” said Steve Brophy, President of the Apache Railway Company.